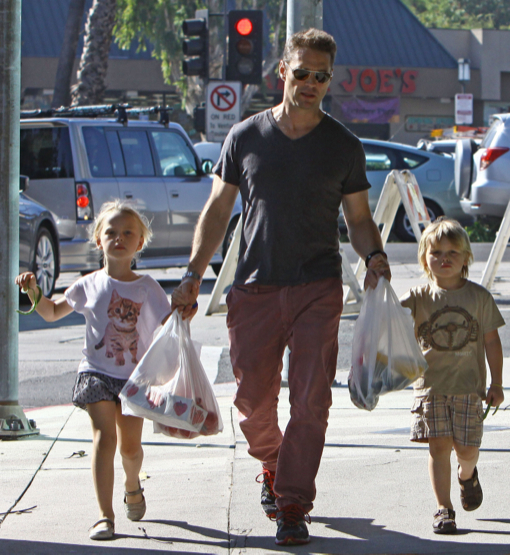 Jason Priestley took his kids Dashiell and Ava to the Farmer’s Market in Studio City, CA on Sunday (Oct. 20).

The former 90210 actor and his daughters picked up fruits and vegetables while enjoying some time together at the market. He also checked out some tiny pumpkins for Halloween.

“I’d be a little torn on that,” he told when asked by Access Hollywood if he’d let the 6-year-old a Miley Cyrus costume.

“Like if she wanted to go as Hannah Montana, I’d say, ‘Sure,’” the 44-year-old actor went on to explain. “But to go as Miley Cyrus that would be indicative of… Umm yeah, I’d have a problem with that.”

Do you allow your children to pick out there own Halloween costumes?

You’re Pregnant! Now What? 11 Things You Should Do Right Now

Jason Priestley Has A Market Day With Family