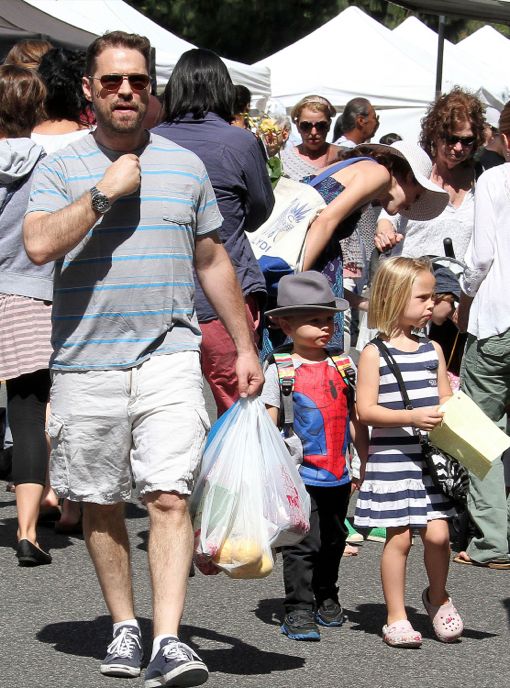 Jason Priestley took his kids Dashiell and Ava to the Farmers Market in Studio City, CA on Sunday (May 19).

The former 90210 star looked low key in a striped shirt, khaki jeans and runners while covering his eyes with dark shades. He carried their bag while the youngsters walked next to him.

Despite being a dedicated to his successful directing and acting career, Jason insists his most important role in life by far is being a father.

“Fatherhood agrees with me,” he told Access Hollywood. “I love being a parent, I love my kids”

The actor can currently be seen on the hit show Call Me Fitz which first premiered on HBO Canada.

Ricky Martin Takes His Twins to The Park

Jason Priestley Has A Market Day With Family