Ricky Martin Takes His Twins to The Park 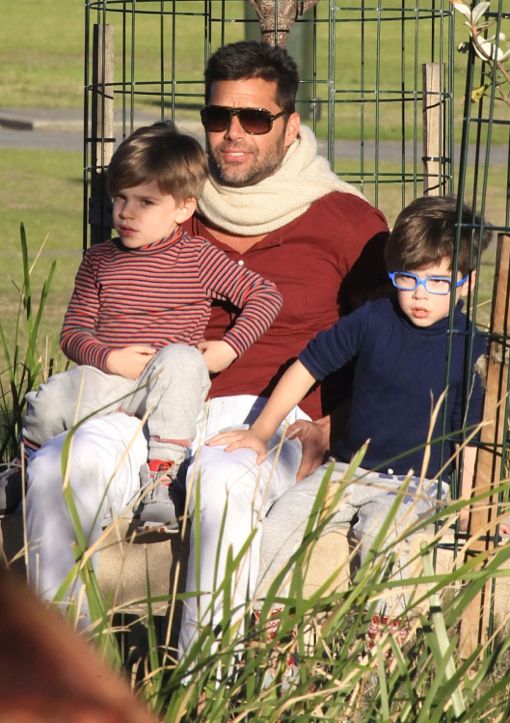 Ricky Martin was pictured enjoyed a day with his twin boys Matteo and Valentino at a park in Sydney, Australia on Sunday (May 19).

The singer looked like a doting dad as he caught his sons at the end of a slide and helped them hang from the monkey bars.

His boyfriend and also father to their twins, Carlos González Abella was not present.

Ricky is currently judging the Australian version of The Voice.

At the start of the season, he admitted that he practised for his judging responsibility alongside Joel Madden, Seal and Delta Goodrem by recreating the scenario in his own home.

“I saw the American version but I also saw the Australian version because I wanted to see the dynamic and I needed to start practising,” he explained on an Australian radio show. “I would close my eyes and hit the computer and pretend! I would see that [the mentors] didn’t turn and I’d get kind of annoyed and think, ‘Is it me? Is it my judgement?'”

Head over to our friends at Girls Talkin Smack to find out 5 celebs who who’ve kept their fame hidden from their kids, CLICK HERE!

Making Time For Our Furry, Fuzzy, and Four-Legged Family Members