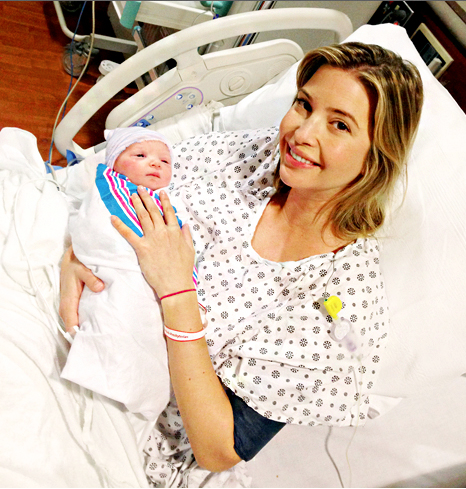 One day after giving birth, Ivanka Trump took to her Tumblr page to share the first shot of her newborn son Joseph Frederick Kushner.

“We welcome with love, Joseph Frederick Kushner,” the daughter of Donald Trump captioned a shot of her and the baby at the hospital.

“We just welcomed a beautiful & healthy son into the world. Jared, Arabella and I couldn’t be happier!” Ivanka wrote on her Twitter page.

The married couple named Joseph Frederick after each of their paternal grandfathers.