Ben Affleck Spends The Day With His Girls 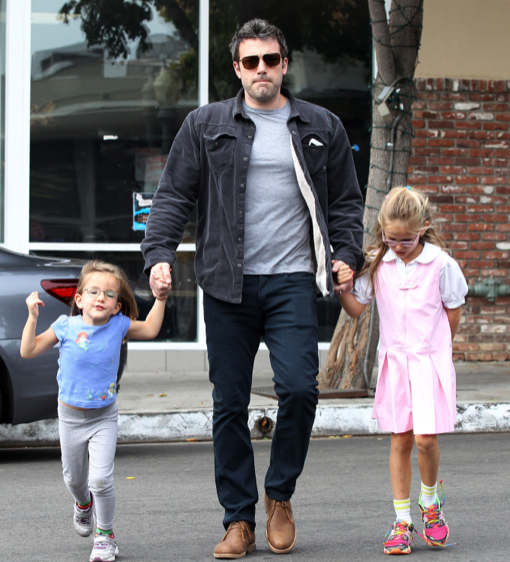 Ben Affleck was spotted picking up his daughter Violet from school and then taking her and his other daughter Seraphina out for ice cream in Pacific Palisades, California on Wednesday (Oct. 23).

The Argo actor was dressed in a cord jacket, grey sweater and navy pants while holding the hands of his girls. Violet waved and the paparazzi while Seraphina skipped along.

Last week, Affleck’s wife Jennifer Garner revealed that he has not started to practice his Batman voice around the house yet.

“Not yet,” the actress told E! News at the premiere of the Dallas Buyers Club. “But I’m excited!”

What do you think Affleck taking on the role of the next Batman? Will he be as good as Christian Bale?

Paul Frank Clothing: A Favorite of All Kids