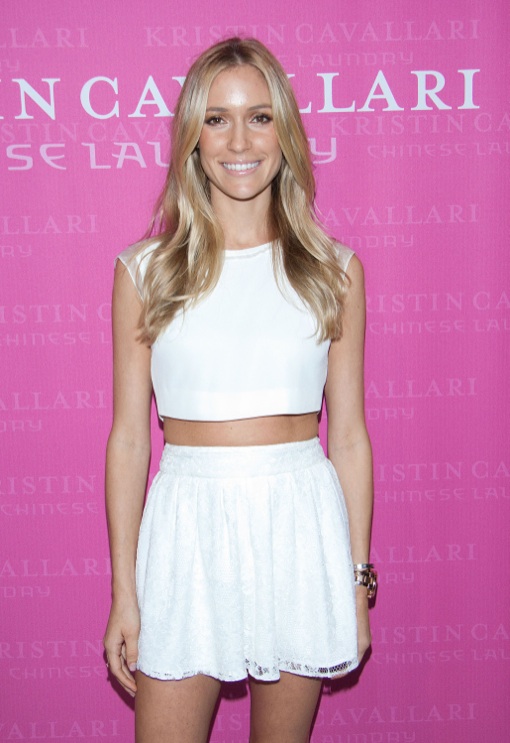 Get ready for another little football fan!

Kristin Cavallari and husband Chicago Bears quarterback, Jay Cutler, want another baby in the near future.

“Yeah, sooner rather than later,” she revealed to Us Weekly at her Junk Food Vintage NFL runway show at the STYLE360 Fashion Pavilion in New York City on Tuesday (Sept. 10). “And I would love to have a little girl, but if I had another boy, that would be great too.”

Cavallari likes to play dress-up with her 1-year-old son Camden, but doesn’t “go over the top.”

“I mean, he’s still a boy,” she said. “If I had a girl, it would be a completely different story. But I do have fun with it.”

Despite football season being in progress, Cavallari and Cutler still manage to have a date night once a week .

“We usually just go to dinner, though I told him I really want to see a movie because we haven’t seen a movie in a movie theater since the baby was born,” the reality star shared. “But we’re very normal. We do what everyone else does.”

Jennifer Lopez & Casper Smart Take Her Twins to the Bookstore