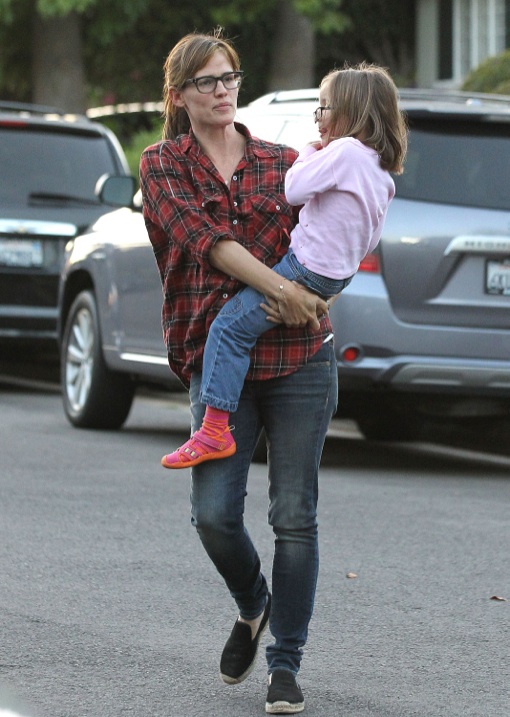 Jennifer Garner was photographed taking her kids Violet, Seraphina and Samuel to a party in Pacific Palisades, CA on Sunday (Sept. 15).

The Dallas Buyers Club actress was dressed casually in a plaid shirt and skinny jeans while taking the children out of her car.

On their way out of the party, Samuel looked less than happy to be leaving as he screamed and cried. Two weeks after her husband Ben Affleck was announced as the next Batman for the upcoming Man of Steel sequel, the supportive wife  has revealed why she thinks he is the perfect fit for the DC Comic superhero.

“You know, I was excited for him,” Garner told MTV News during the Toronto International Film Festival on Sept. 8. “I was excited because he had a real take on what he wanted to do.”

She added: “I have to say, my husband is a pretty great storyteller himself, and I’m excited to watch him do it.”

What do you think of Affleck as the next Batman?