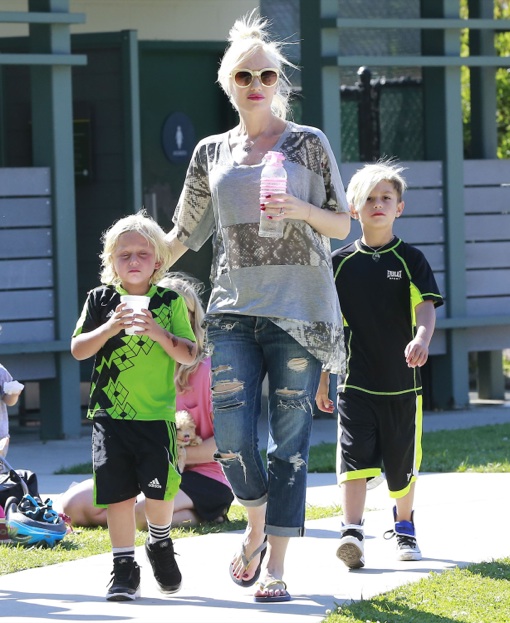 Gwen Stefani took her sons Kingston and Zuma to a park for a day of fun with friend in Santa Monica, CA on Sunday (Sept. 15).

The pregnant No doubt singer donned a grey alligator printed shirt and boyfriend jeans while sitting with the youngsters in the grass. The brothers took a bike ride around the park and played on a jungle gym with their nanny.

Later, the family along with friends picked up frozen yogurt. Stefani didn’t indulge.

Singer Eve accidentally confirmed the Let Me Blow Ya Mind collaborator is pregnant over the weekend.

“Well she’s preggers! She’s chilling,” Eve revealed to Live Nation when asked if Stefani would make a possible guest appearance with her at an upcoming New York performance.

News broke a couple of weeks ago that Stefani and husband Gavin Rossdale are expecting, but their rep has yet to release a statement.