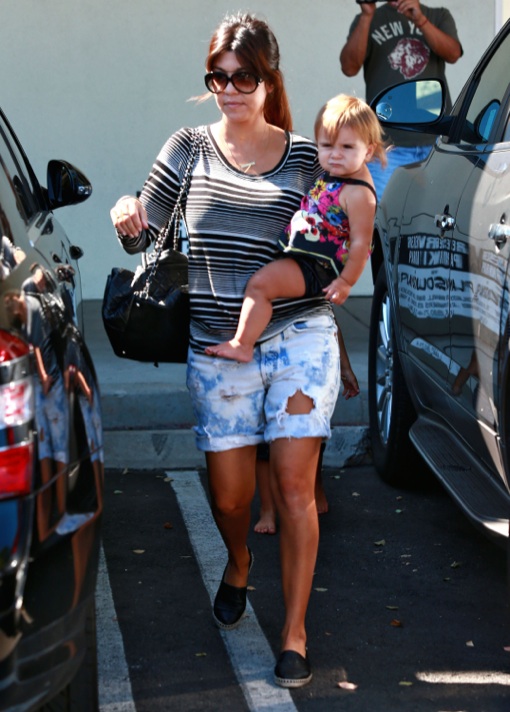 Kourtney Kardashian took her kids Mason and Penelope to a birthday party at Play Source in Los Angeles, CA on Sunday (Sept. 15).

The reality star wore a black and white striped sweater with ripped bleach stained jeans. She carried her 1-year-old baby girl while  the 3-year-old followed behind.

Kourtney recently spoke of how well Mason has adjusted to being a big brother.

“He’s been so good. That was the thing that I was the most nervous about having a second baby was [him] sharing his whole world. But he handles it really well. I can tell when there are little moments [that aren’t so good]. That’s why I feel like it’s just so great to have one-on-one time with him,” she said to Wonderwall. “Sometimes I need to pay more attention to Penelope than to him ’cause she’s just so little, and I can sense him maybe acting out to get attention. Then I know that I need to spend more time with him.”

Meanwhile, Kourtney is said to be helping sister Khloe deal with her martial woes with husband Lamar Odom.