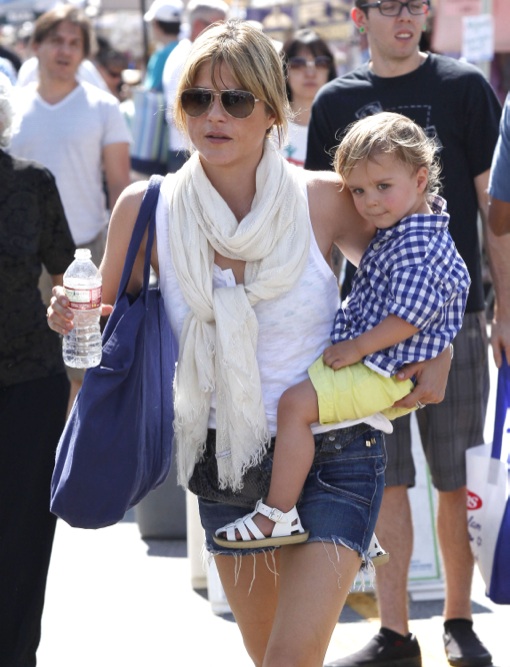 Selma Blair, her son Arthur and other family members spent the day at the Farmers Market in Studio City, CA on Sunday (Aug. 18).

The former Anger Management actress wore a white tank and cut-off jeans while browsing the stalls for vegetables along with Arthur and her family.  Selma then took a ride on an amusement train where she breastfeed the toddler.

Earlier in the month, the 39-year-old who openly supports women breastfeeding in public was photographed openly baring her nipple to breastfeed Arthur.

“The only time he cries is if he’s hungry,” Blair said in an interview with People Magazine. “We all have nipples. I don’t care who I offend; my baby wants to eat. If I can’t get a cover over me quick enough, so be it.”

What do you think? Did you breastfeed in public? Did you cover up?