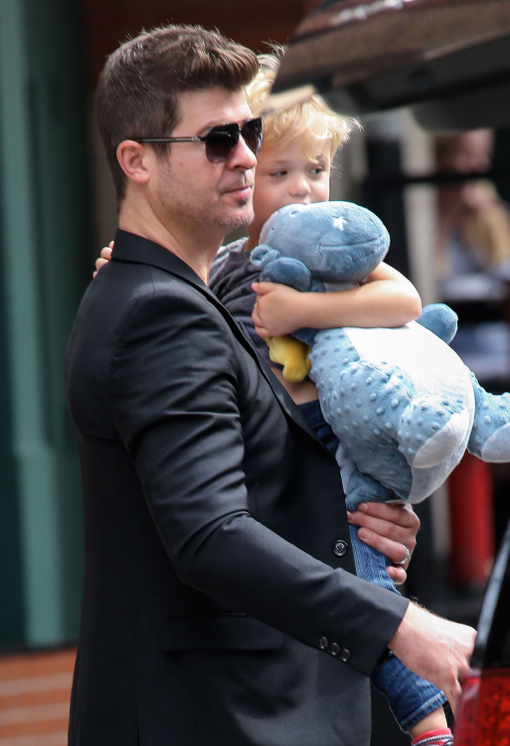 Robin Thicke and his son Julian were spotted leaving their downtown Manhattan hotel in New York City on Friday (Aug. 23).

The Blurred Lines Singer was dressed up in a black jacket, dress shirt and pants while carrying his son. The 3-year-old hugged a blue and white plush dinosaur.

Thicke  is taking over music charts worldwide with his new album and it may all be because of Julian.

“He’s obviously the best thing that’s ever happened to me. He’s my good luck charm,” the singer told.

The toddler  is also showing signs of following in his dads footsteps.

“He’s 3 and wants to be a rock star! He’’s always talking about hooking up with the band. He tells me he’s going to New York and ‘They’re going to pay me, Daddy!’ It’s cute and adorable,” he gushed.

Thicke and his wife actress Paula Patton have been married since 2005.