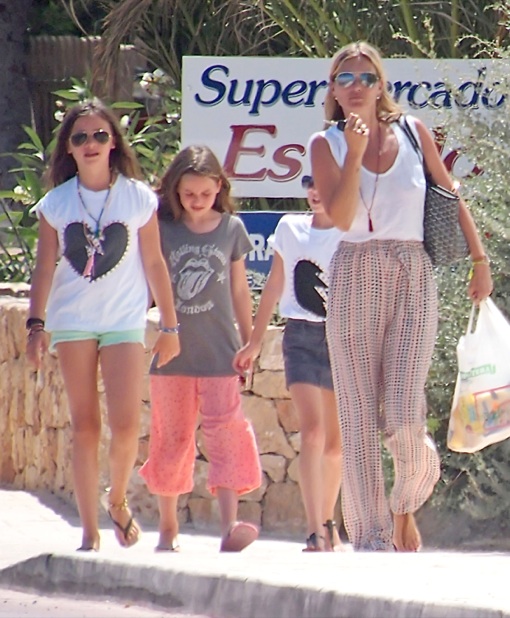 The supermodel dressed in a white tank and beach pants while holding a grocery bag after picking up some odds and ends at a local shop. The 10-year-old walked next to her friend.

According to The Telegraph, Moss’ earned more than $19 million in 2012.  Three times more than the amount two years prior, the model has racked in on lucrative endorsement deals with brands like Rimmel, St. Tropez, Topshop and Longchamp.

Moss who has no problem baring her body is rumored to be covering Playboy‘s 60th anniversary issue next year.

Michael Bublé: Luisana Could Give Birth Any Day Now