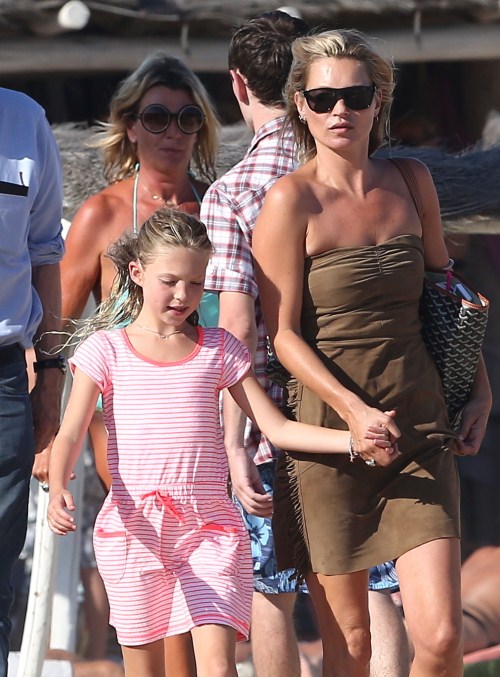 Supermodel Kate Moss and her 9-year-old daughter Lila are currently vacation in St. Tropez, France. The duo were spotted walking on the trendy beach hand-in-hand on  Thursday.  Moss wore a fitted brown sundress while Lila who is the the spitting image of her mother wore a pink striped dress.

Piers Morgan recently criticized Moss for being at the closing ceremony of the London Olympic Games. During the live event, Morgan tweeted: