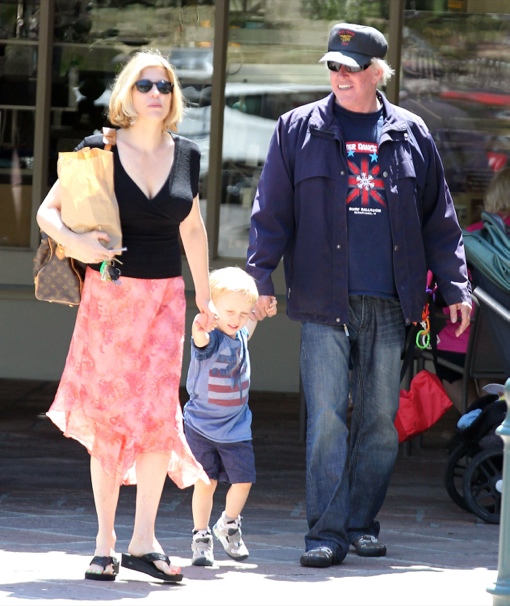 Gary Busey and his girlfriend Steffanie were spotted picking up some groceries with their son Luke in Malibu, CA  on Monday (Aug. 26).

The parents held the 3-year-old’s hand while leaving the store. Gary graciously stopped to sign an autograph for a waiting fan.

In 2012, the couple created the Busey Foundation after their son Luke was diagnosd with Kawasaki Disease at 14-months-old. The foundations mission is to raise awareness about the rare disease and provide more funding to research.

“We didn’t know anything about it, we had never heard of it. We were like what is it, a motorcycle?” Steffanie has said. “The symptoms mimic other childhood syndromes. Which is the scary part and there are no diagnostic tests.”

The longterm side effects of the disease are unclear.

“We don’t know what possible long term effects could happen to our son. Even though he is out of the woods now and he has been given a good bill of health. It’s really important to find out what the long term effects are.”  the actress added.

Kawasaki Disease affects roughly 15 out of every 100,000 children in the United States.

Dealing With Toddler Stains With the Help of Resolve Tip Exchange