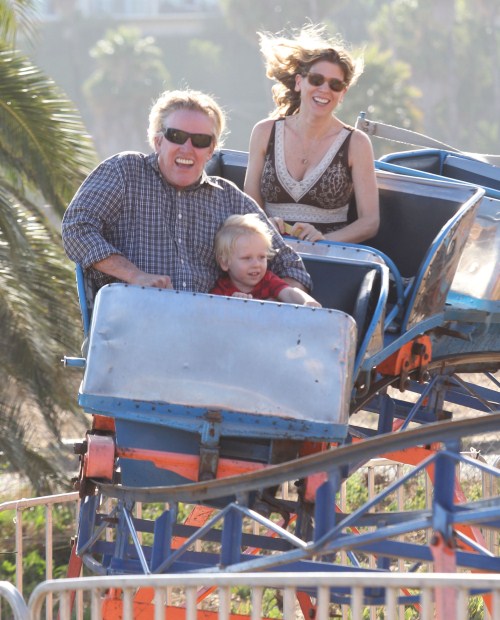 Gary Busey, his girlfriend Steffanie Sampson and their son Luke Busey enjoyed a day at the Malibu Chili Cook Off in Malibu Cal on Monday. The actor turned reality star was pictured riding a miniature roller coaster and a train with Luke before catching some lunch. While eating, Busey put a brown blanket over his head and then put his sunglasses on to make Luke laugh.  The two-year-old responded by trying to pull the blanket off his dad.

“We believe she Is our miracle,” Jack told.

The Biggest Loser Will Take On Childhood Obesity This Season