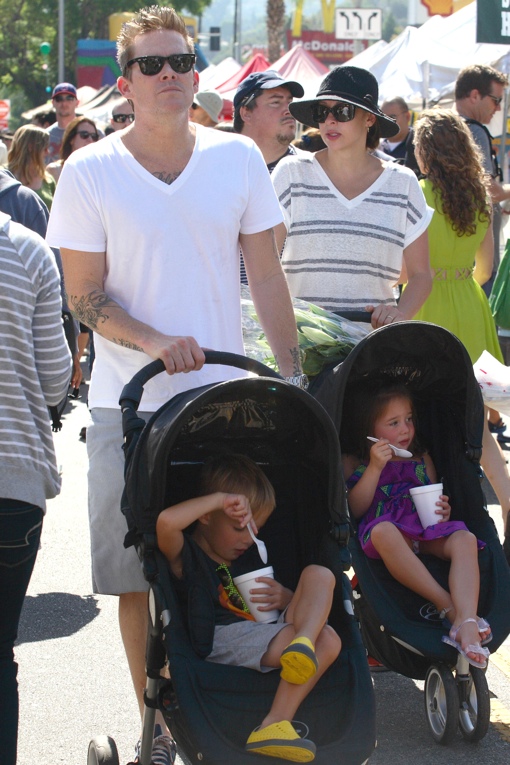 Mark McGrath and wife Carin took their twins Lydon and Hartley shopping at the Farmer’s Market in Studio City, CA on Sunday (Aug. 25).

The Sugar Ray frontman and Carin pushed their children in strollers while browsing the stalls. The youngsters enjoyed a snack.

While appearing on Today in July to promote the Under the Sun tour, the proud dad opened up about becoming a dad.

“My best creation ever!” the proud dad told of having children.“I used to be a booze and maybe a ladies of the night backstage. Now it’s mommies and formula, so things have changed backstage.”

The concert in which the singer co-headlines features popular brand from the 1990’s and early 2000’s.

Mark McGrath Takes a Slide With His Twins