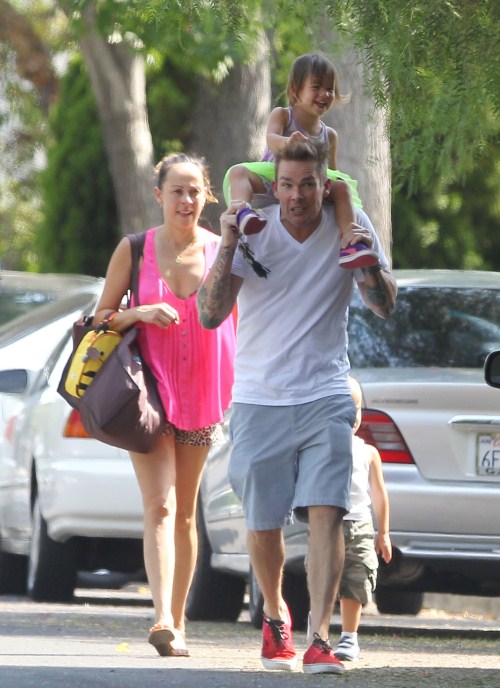 Mark McGrath was spotted walking back to the car with his fiancèe Carin Kingsland and their two-year-old twins Lydon Edward and Hartley Grace after attending a kid’s party in Los Angeles, Ca on Wednesday.  The Sugar Ray frontman carried one of his son’s and gave him kisses on the leg while Kingsland held the others hand.

After becoming a father in 2010, McGrath admitted he had become less selfish.

“I’ve been a little selfish in my life, I’m not going to lie,” McGrath told People.

“I’ve had a lot of incredible things happen in my life. I didn’t have to do things that I didn’t want to do and people handed me things. Now, it’s all about my children. I’m a part of their world now. There’s no place for my selfishness or my little qualms. They’ve made me selfless.”

Mark McGrath Takes a Slide With His Twins