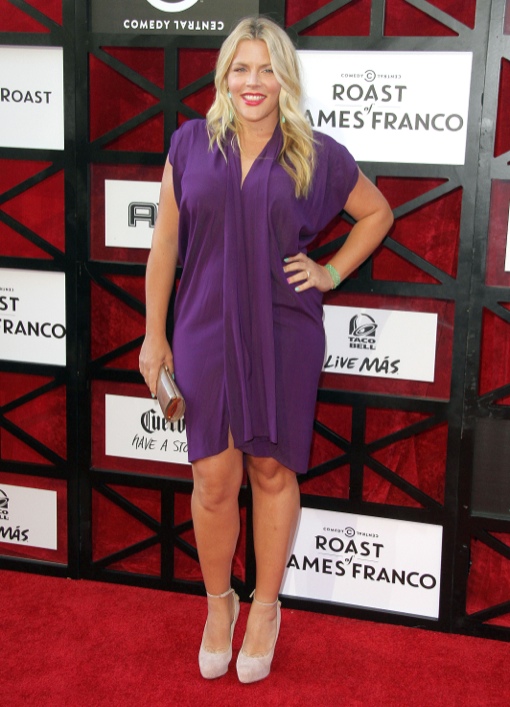 Walking the red carpet for the first time since giving birth, Busy Philipps gushed to reporters that her almost 2-month-old daughter Cricket is an awesome kid.

“The baby’s great,” the Cougar Town actress told at the Comedy Central Roast of James Franco. “Little Cricket is proving to be an awesome kid who likes to sleep and eat and poop when she should. So we’re having a really great time with her.”

Mom also to five-year-old Birdie the actress says she is much more relaxed now that she is an experienced mother.

“I’m way more relaxed,” Philipps revealed. “I was a total basket case with my first child, and I wouldn’t even put her down or let anyone else hold her. I was just so terrified, and now I know that it’s okay. And I can let other people hold the baby.”

The Roast of her close friend airs Sept. 2nd on Comedy Central.