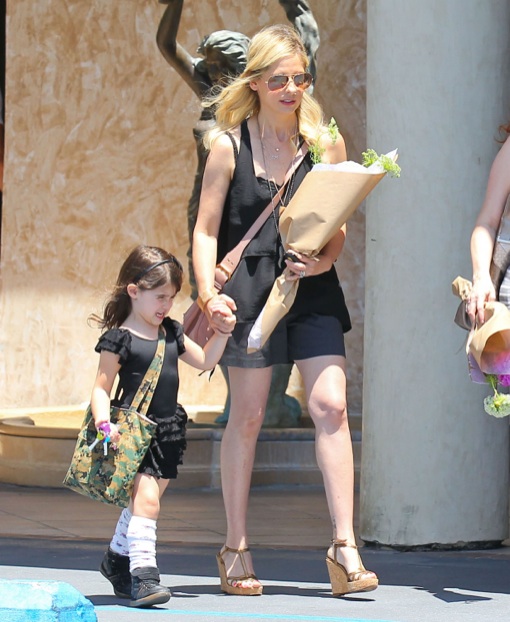 Sarah Michelle Gellar was photographed picking up her daughter Charlotte from ballet class in Los Angeles, CA on Saturday (July 13).

The Crazy Ones actress was dressed up in a black mini dress and brown wedges as she carried a bouqet of flowers. Charlotte matched her mom in a black dance dress.

Sarah recently boasted that she managed to fly with Charlotte and her almost one-year-old son Rocky alone.

“The latest milestone I hit is flying with two children. It was my first flight with both children at the same time,” she told People.“I think that nobody on the flight would complain. I think that they were all very happy. I didn’t poll them afterward, but I was tempted.”

Fortunately, both kids were easily occupied during the flight, either sleeping or playing with each other.

“[Charlotte] pretended to be the pilot,” the proud mom told. “She told everyone to sit in their seats and buckle their seatbelts constantly, which was pretty funny. Whenever the light went on, she decided that she had to tell everyone just in case.”

What do you think? Could you fly alone with two kids?