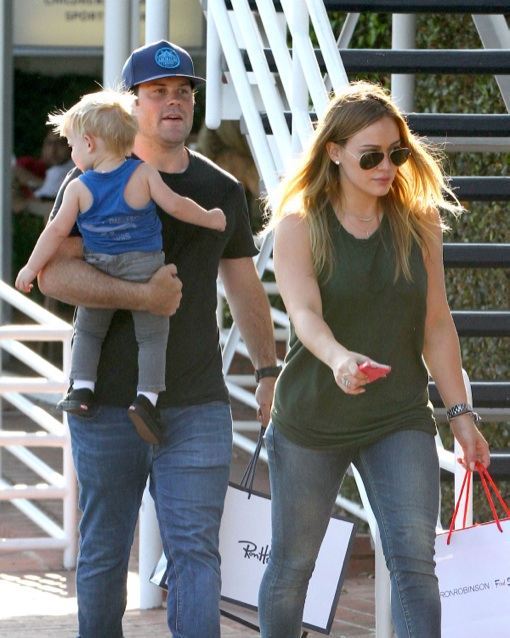 Hilary Duff, her husband Mike Comrie and their son Luca were spotted shopping at Fred Segal in West Hollywood, CA on Saturday (July 13).

The singer wore a green tank top with jeans and booties while carrying a shopping bag from the store. Comrie followed behind with Luca in one hand and a Ron Herman bag in the other.

On Friday night, the couple enjoyed a date night at the trendy Bootsy Bellows nightclub.

Hilary is currently filming Flock Of Dudes, her first movie since becoming a mom.