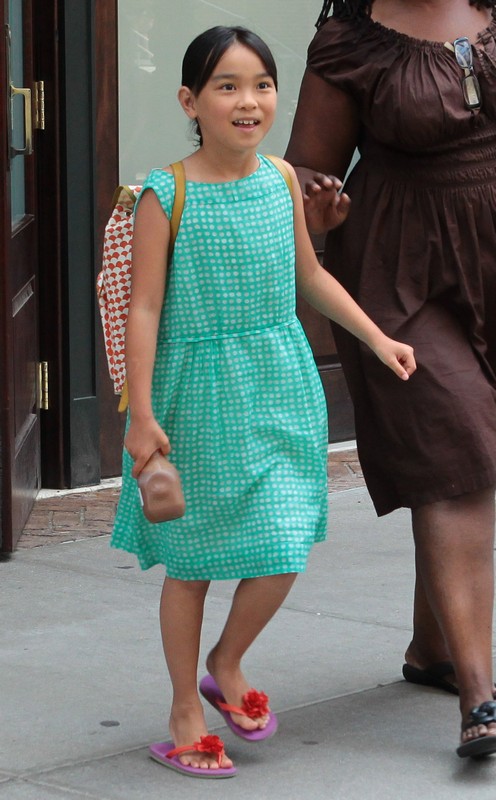 Meg Ryan and her adorable daughter Daisy True and her nanny were out and about yesterday [July 9th, 2013] in New York City.  Meg was dressed in a cute summer dress with her usual mop top curly hair.  Daisy True was holding her Nanny’s hand and was wearing  a green gingham dress and flip flops for the warm summer weather in NYC.Meg’s boyfriend  John Mellencamp, whom she has dated for two years was no where to be seen.  Meg and Daisy just got back from South Caroline where they spent July 4th weekend with John celebrating the holiday.  Meg and Daisy were spotted this morning arriving at the Greenwich Hotel in New York.

Meg has one other child, a 20-year-old son named Jack Henry Quaid, from her marriage to actor Dennis Quaid.  In Jan 2011 she started a relationship with rock singer-songwriter John Mellencamp.  Meg is spotted occasionally with Jon or with Daisy but is is rare she attends celebrity/industry events.

She made a rare appearance at the 59th Taormina Film Festival in Sicily, Italy where she taught a Master Class on acting.  Not only has she taken a break from events, she has also taken a break from acting in movies.  Other than Lisa Kudrow web series Web Therapy she has not been seen on the big screen for a while.

Enjoy the photos of Meg and Daisy!