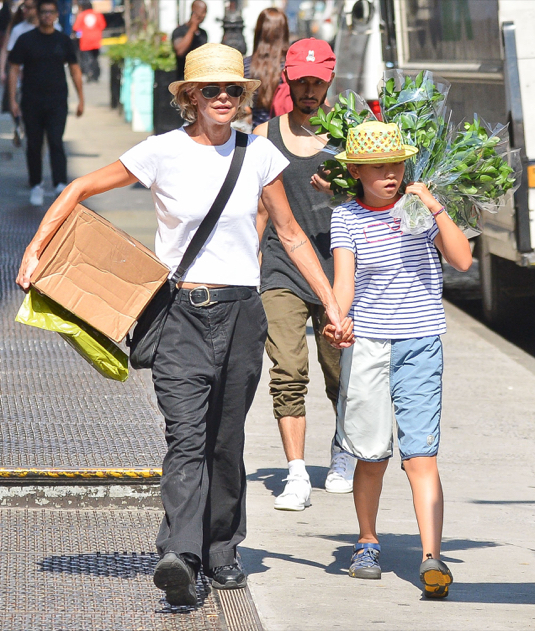 The actress was dressed in a white t-shirt and loose-fitting black pants with matching running shoes. She carried a box with a package while holding her daughter’s hand.

The coming-of-age story set during the Second World War also stars the actress and her Sleepless In Seattle co-star Tom Hanks.

Her son Jack who played Marvel in The Hunger Games, also makes and appearance in the film.

Tracy Anderson Takes Daughter Out for a Night on the Town