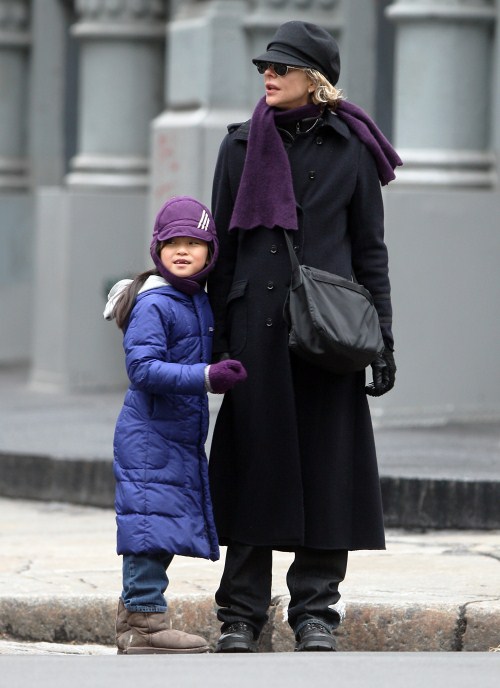 Meg Ryan and her 6-year-old daughter Daisy True were spotted in Soho, New York City on Saturday.  The duo were bundled up in thick jackets for the cold and windy day while walking hand and hand.

In the 2007 issue of Redbook, Ryan told that she believes that adopting Daisy was her destiny.

“I am convinced, completely convinced that there was nothing random about [the adoption],” Ryan said. “She is the daughter I should have.”