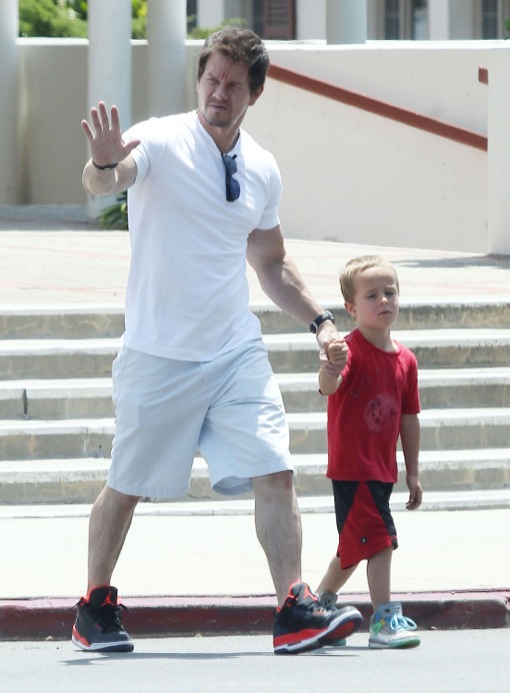 Mark Wahlberg and his son Brendan were photographed leaving a church after doing a confession in Los Angeles, California on Wednesday (July 24).

The 2 Guns actor was dressed casually in a white t-shirt, basketball short and Jordan running shoes. Brendan looked less than impressed as he held his father’s hand.

Mark recently revealed that his children can be a handful sometimes.

“Of course they’re nice kids – but my four year old always tried to punch me in the nuts,” the dad of four told Red Bulletin magazine. “Sometimes he gets me when I’m not looking and it really hurts.”

Although, they always bring a smile to his face which is most important thing.

‘Then again, when I see him, I can’t help but laugh and that’s the best medicine. Everyone should laugh and smile a bit more,’ he added.

Meanwhile, Wahlberg can be seen alongside Denzel Washington in their latest movie entitled, 2 Guns.

Hottest Apps at the Moment, According to Ava