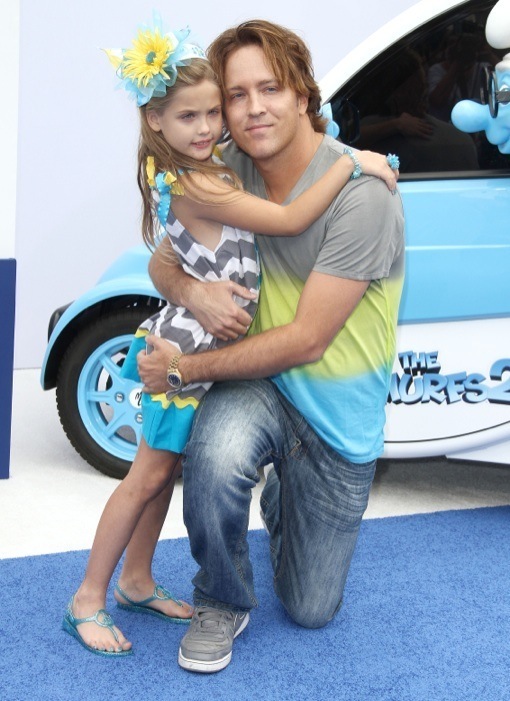 Larry Birkhead and his daughter Dannielynn walked the blue carpet of the SMURFS 2 Premiere at The Regency Village Theatre in Westwood, California on Sunday (July 28th).

The six-year-old looked the like spitting image of her mother, the late Anna Nicole Smith. She wore a dress that was inspired by the colors of the SMURF theme. Larry also wore a matching top.

Earlier this year, Dannielynm  starred in an ad campaign for Guess Kids.

“Dannielynn has the same playful spirit that her mother had on set,” said Guess creative director Paul Marciano in a statement.

Anna Nicole Smith modeled for the brand in 1992.