Heidi Klum Enjoys a Day With Her Kids 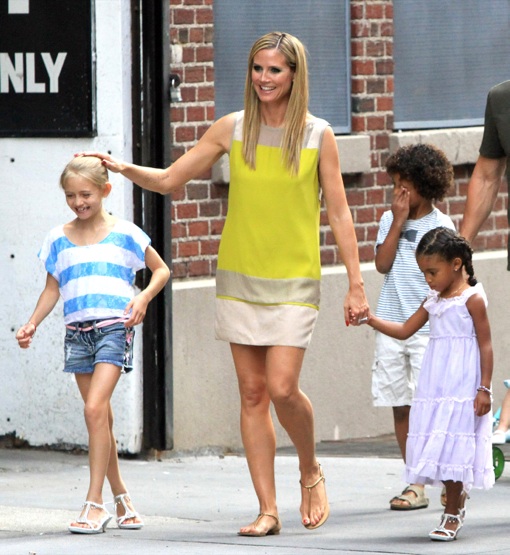 Heidi Klum was photographed taking a walk with boyfriend Martin Kristen and her kids in New York City on Tuesday (July 2).

The America’s Got Talent judge was dressed up in yellow dress  and silver flats while she affectionately tapped Leni on the head and held Lou’s hand. Martin followed behind with Henry and Johan.

According to the National Enquirer, Heidi has agreed to marry her bodyguard boyfriend, but only if he signs an ironclad prenuptial agreement that keeps her $70 million fortune safe.

“Martin and Heidi had a huge fight after she said she probably wouldn’t get married again,” said a source close to her. “But Heidi doesn’t want to lose Martin because she loves him, and so do her kids.

The couple are said to have exchanged gold “promise” rings already.

Kate Middleton Is “Feeling Great” As Due Date Approaches