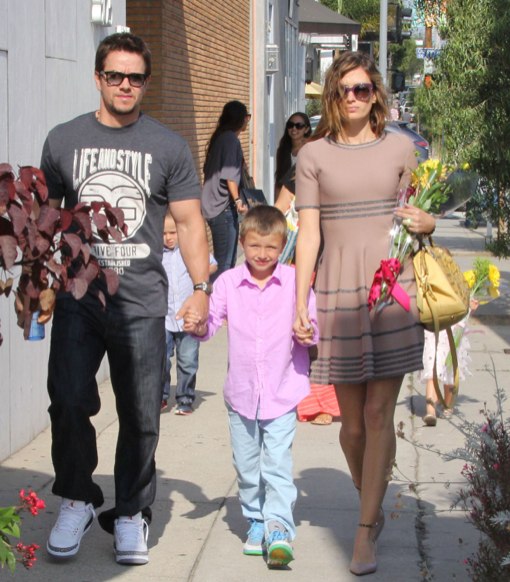 Mark Wahlberg, his wife Rhea, and their kids attended a party in West Hollywood, CA on Saturday (June 8).

Brendan and Grace walked behind with their nanny.

He and Seth MacFarlane accepted an award for Ted which was voted Guy Movie of the Year.  They co-stars then posed backstage together.

The father-of-four then presented an award to Burt Reynolds.

Amy Adams Enjoys The Sun While Protecting Herself From Its Rays