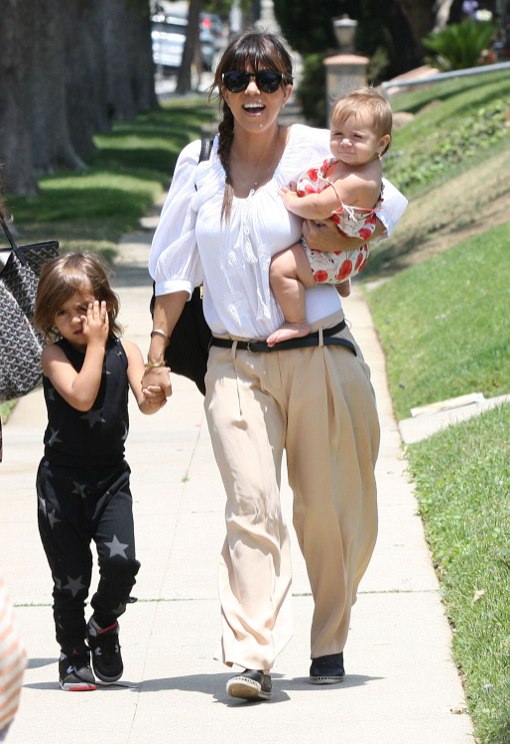 Kourtney Kardashian took her kids Mason and Penelope to a party with some other moms in  Los Angeles, California on Saturday (June 8).

The reality star wore a white blouse with beige trousers and black flats while carrying Penelope. Mason held her hand while dressed in a star print jumper and black running shoes.Apparently, Kourtney’s mom Kris Jenner is pushing for her and longtime boyfriend Scott Disick to marry, so they can cash in on a TV special.

“Kris has convinced them they could net a whopping $10 million in deals from their wedding,” a family friend told the National Enquirer.“They’ve had a roller-coaster relationship and Kourtney has had to live with all sorts of rumors about Scott’s wild partying with other women. So marriage hadn’t been a top priority for them – that was until Kris gave it to them straight.”

What do you think? Will Kourtney marry Scott?