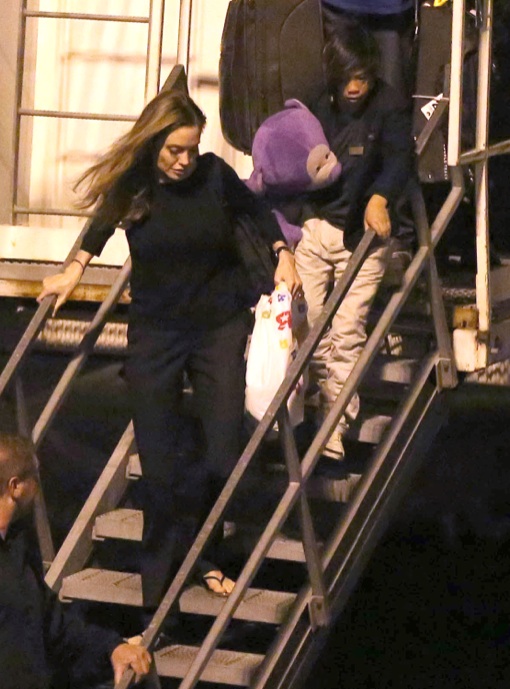 Angelina Jolie was pictured arriving on a flight with son Pax Jolie-Pitt at LAX airport in Los Angeles, CA on Monday (June 24).

The Maleficent actress was dressed in a black sweater, pants and flips as she led the way off their airplane. The 9-year-old carried his favorite purple bear.

Jolie was arriving from New York City where she spoke at a United Nations Security Council Meeting about Women and Peace and Security and Sexual Violence in Conflict. She urged the world’s nations to make the fight against rape in war a top priority.

The goodwill ambassador for the UN high commissioner for refugees, said the security council has witnessed 67 years of wars and conflict since it was established “but the world has yet to take up warzone rape as a serious priority”.

“You set the bar,” she told the council. “If the … council sets rape and sexual violence in conflict as a priority it will become one and progress will be made. If you do not this horror will continue.”

Channing Tatum Opens Up About Becoming a Father

Jessica Alba Does The School Run