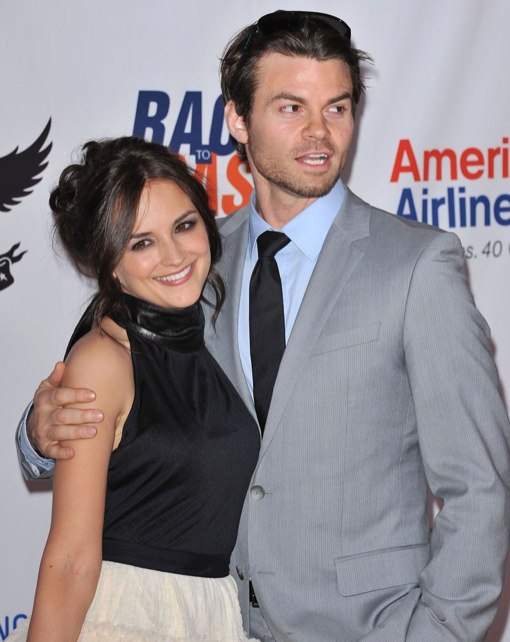 Rachael Leigh Cook and her husband Daniel Gillies are expecting their first child together.

“I’ve been hiding my rapidly growing bump while shooting but this kiddo is vying for screen time,” says the actress who os currently filming the second season of TNT’s Perception. “We clearly have a future actor on our hands.”

The dad-to-be insists he has no preference when it comes to the gender of their baby.

“A lot of people are asking whether I’d prefer a boy or a girl. In truth, it doesn’t matter to me — I just can’t wait to meet little Keanu Robocop,” Gillies says.

Meanwhile, the couple are looking forward to the May 15 premiere of Showtime’s Broken Kingdom. Directed and produced by Gillies  appears in the film with Cook, Darren Le Gallo and Seymour Cassel.

To find out what Darren had to say about expecting his first baby, head over to Celebrity VIP Lounge, CLICK HERE …

From Bottle to Sippy Cup