Kelly Osbourne: I Do Want Babies! 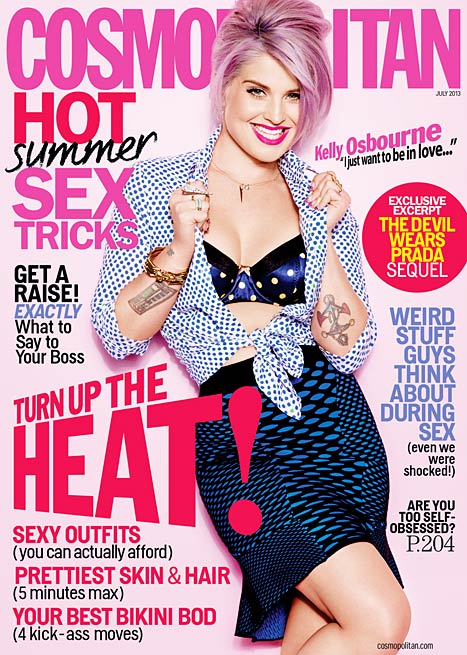 Appearing on the July 2013 issue of Cosmopolitan, Kelly Osbourne talks about becoming engaged to  vegan baker Matthew Mosshart and starting a family.

The Fashion Police co-host admits she wants children, but is worried about the consequences it will have on her body.

“I do want babies,” Kelly tells, adding, “but I don’t want a great big vagina.”

She goes on to say all the men she has dated have wanted something from her, but Mosshart is different.

“He just wants to love me, and I just wanted to be loved by him. Every single other guy I’ve dated has wanted something from me. They’d call people I know and ask for favors. I’d have to say, ‘Trust me. Telling someone you are my boyfriend isn’t going to get you very far,”  the daughter of Ozzy and Sharon Osbourne tells.

In same interview she talks about how Lady GaGa is a hypocrite – to find out what she has to say about Lady Gaga head over HERE!

To read the full interview pick up the new issue on newsstands June 4.