Denise Richards Spends The Day With Her Girls 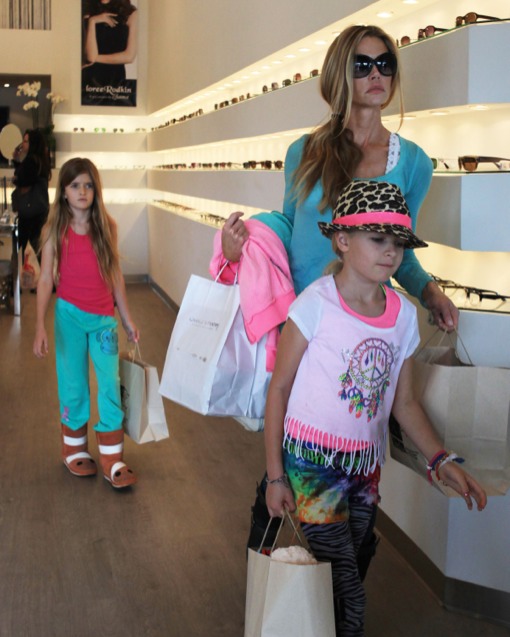 Denise Richards enjoyed a day out with her daughters Sam and Lola in Bel Air, CA on Wednesday (May 8).

The Wild Things actress and girls met up with her dad to have lunch at a trendy restaurant. After they were pictured shopping at a sunglasses store together.

On Tuesday, the mom-of-three appeared in court on with ex Charlie Sheen where she was awarded temporary custody of his twin sons with ex-wife Brooke Mueller.

Bob and Max were removed from Mueller’s care last week by officials after they found them living in shocking conditions.

Following her children being taken away, Mueller admitted she was still struggling with drug abuse and checked into the UCLA Medical Center for short-term.