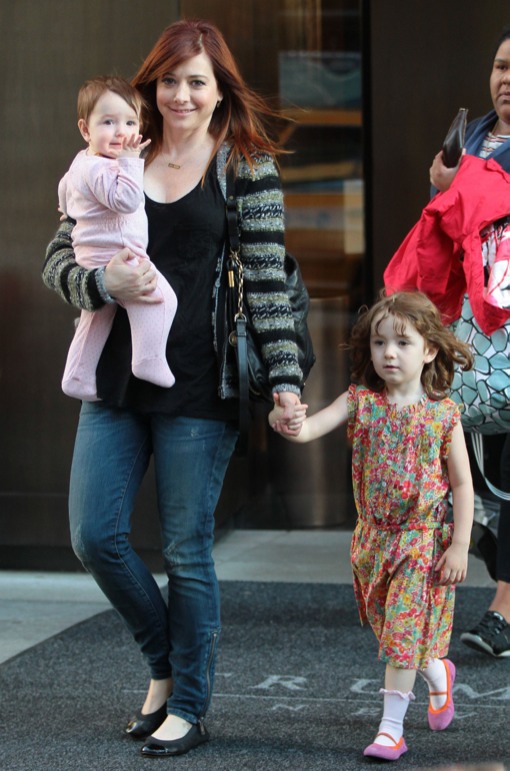 Alyson Hannigan, her husband Alexis Denisof and their daughters Satyana and Keeva were spotted leaving the Trump Soho Hotel in New York City on Wednesday (May 8).

The How I Met Your Mother star wore a knitted sweater, a black shirt and skinny jeans as she carried the 11-month-old baby. Satyana looked adorable in a floral dress with pink socks and flats.

On Wednesday night, Hannigan appeared on the The Late ShowWith David Letterman to promote the finale of How I Met Your Mother.

“I had always thought that the last show of the whole series was going to be the reveal of the mother,” she said. “And, without CBS coming and killing me, I just want to say that I’m glad I didn’t bet on that.

The season finale of show airs Monday at 8 p.m. ET on CBS.

Sarah Jessica Parker Back To Parenting After Punk Fashion Night Out

Denise Richards Spends The Day With Her Girls