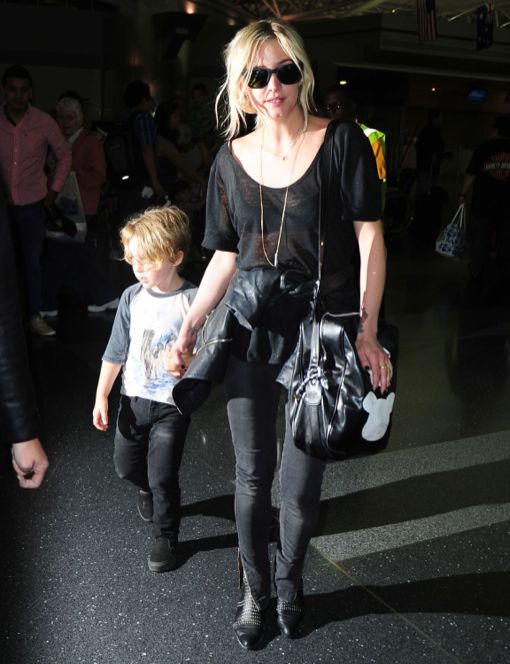 Ashlee Simpson and her son Bronx Wentz were pictured arriving on a flight at JFK airport in New York City  on Tuesday (May 21).

The singer was dressed in black t-shirt, jeans and stud boots while guiding Bronx through the crowd of people. The youngster looked similar to his mom dressed in a baseball shirt, black jeans and shoes.

“I was scared of everything. I thought there were always people listening to me. Like, I had my house searched for bugs. It was crazy,” he told Rolling Stone magazine.

In the end, his devotion to Bronx helped him straighten out.

“You’re up in the morning, and you have to really be there,” he said. “It’s not like getting up for a radio interview. In some ways, that was superhelpful for my soul.”