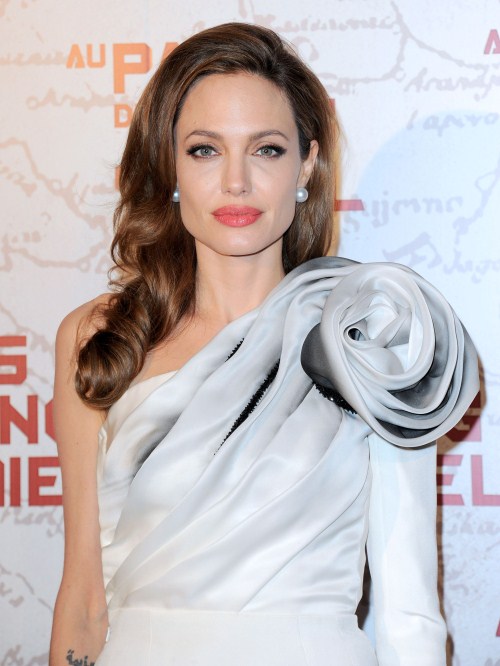 The Maleficent star whose own mother, Marcheline Bertrand, died of cancer in 2007, underwent the preventative measure after learning she carries a “fault” breast cancer gene, BRCA1.

“My doctors estimated that I had an 87 percent risk of breast cancer and a 50 percent risk of ovarian cancer, although the risk is different in the case of each woman,”  she writes in a essay for the Tuesday, May 14 edition of the New York Times

“Once I knew that this was my reality,” the mother of six tells, “I decided to be proactive and to minimize the risk as much I could. I made a decision to have a preventive double mastectomy.”

One motivating factor to undergo the process was her six children – Maddox, Zahara, Pax, Shiloh, Knox and Vivienne with fiance Brad Pitt.

“I can tell my children that they don’t need to fear they will lose me to breast cancer,” she says. “It is reassuring that they see nothing that makes them uncomfortable. They can see my small scars and that’s it. Everything else is just Mommy, the same as she always was.”

Jolie adds that she does “not feel any less of a woman” and insists Brad was supportive throughout the whole process.

“I am fortunate to have a partner, Brad Pitt, who is so loving and supportive,” she writes.

“Brad was [there] for every minute of the surgeries,” Jolie recalls. “We managed to find moments to laugh together. We knew this was the right thing to do for our family and that it would bring us closer. And it has.”

She hopes that her story can help benefit other women.

“I choose not to keep my story private because there are many women who do not know that they might be living under the shadow of cancer,” she says.

What do you think of Jolie’s story?

Head over to Earsucker to find out what Brad Pitt had to say about Angelina Jolie’s Mastectomy, CLICK HERE!