Victoria Beckham Enjoys The Day Eating Out With Her Kids 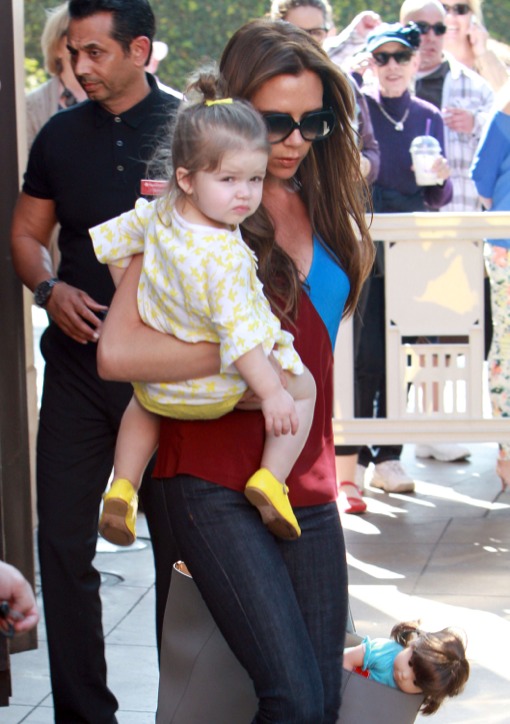 Victoria Beckham enjoyed a day eating out with her children Cruz, Brooklyn, Romeo and Harper in Los Angeles, California on Thursday (April 4).

The fashion designer wore a blouse and wide leg jeans while leaving breakfast at Jack & Jill’s Restaurant. Later, they headed to the Grove shopping complex to have lunch at the American Grill.

The family is rumored to be spending the summer in Los Angeles. The boys have become homesick for LA since moving back to the UK.

”Romeo and Cruz are really homesick for LA because it’s where they spent so much time before David’s move” a source old The Sun.

The boys are now enrolled into their old LA soccer teams, “so they can play the sport with the American pals they’ve missed so much,” the source adds.

Jordan Bratman Takes Son Max For Fun In The Park