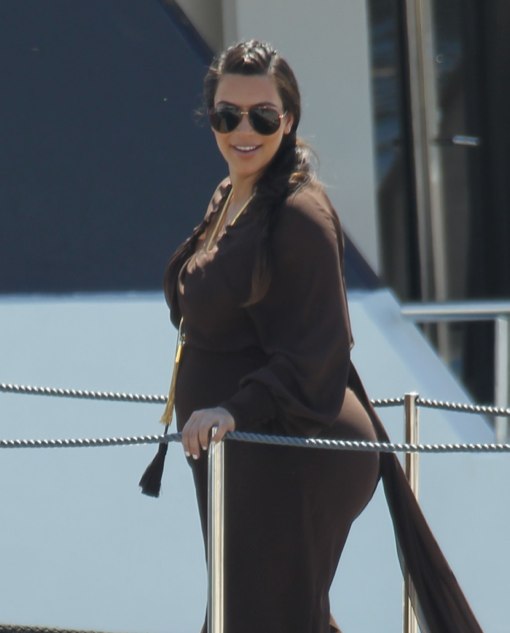 Kim Kardashian along with her family enjoyed Greek island vacation while filming their reality show while on Saturday (April 27).

The mom-to-be wore a flowing brown resort dress with flats while making her way on an enormous yacht. She took care of  2-year-old Mason while sister Kourtney rode the surrounding waves in a skidoo with Khloe.

“Since we are on a family vacay…we need a new song to do a video to!” Kim tweeted early Saturday morning. “Any ideas tweeps?”

The reality star later shared a few snapshots of the view from what looked to be the family’s villa and ship.