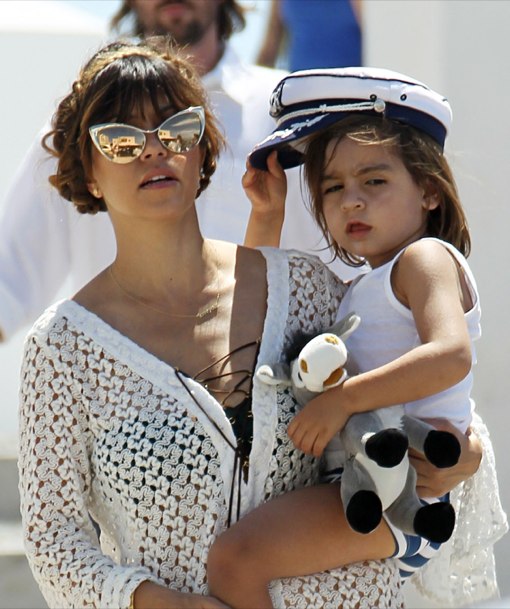 Kourtney Kardashian enjoyed another day vacationing in Greek island of Santorini with her children Mason, Penelope and family on Monday (April 29).

The Keeping Up With The Kardashians stars enjoyed breakfast before heading on a catamaran boat trip around the mediterranean island.

She was joined by Kris, Bruce, Kendall, Kylie, and Brody Jenner.

Meanwhile, Kourtney’s sister Kim who was also vacationing on the island cut her trip short after boyfriend Kanye West sent a private jet to whisk her away to Paris.

“Kanye sent a private jet to Greece to pick Kim up,” a source told RadarOnline. “The plane flew to Paris and now they’re spending more alone time there together.”