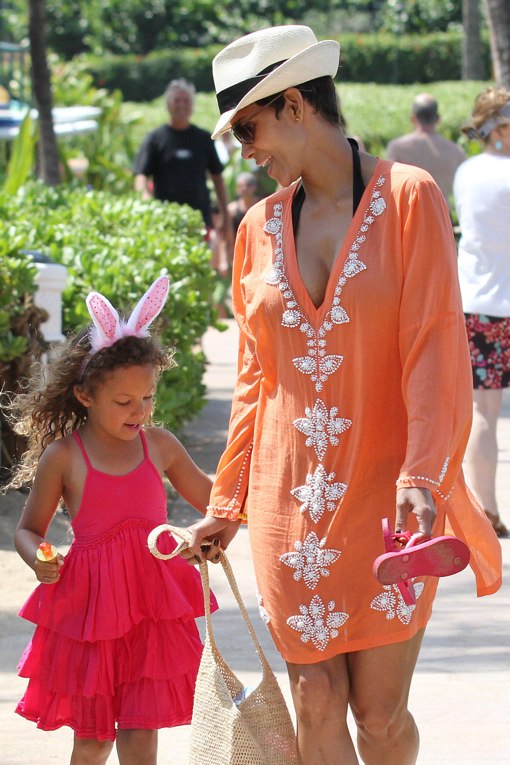 Halle Berry and her daughter Nahla Aubry soaked up the sun while attending an easter egg hunt as they vacationed in Maui, Hawaii on Sunday (March 31).

Halle donned a black two piece with a bright orange cover-up while holding a beach bag while laughing and joking with the youngster.  Nahla wore a pair of pink bunny ears and pink flowing summer dress while running around excitedly.

Later, Halle’s fiance Olivier Martinez joined them as they lounged at the  hotel pool.

According to the New York Post, the protective mom is reaching out to her famous friends, including Ben Affleck and Jennifer Garner, to help her try to ban paparazzi of taking unauthorized pictures of celebrity children.

Halle who lost a court battle to ex-boyfriend Gabriel Aubry to move her daughter Nahla to France where they have strong anti-paparazzi laws intends to lobby for a legal ban on pictures of young children of celebs in the US.