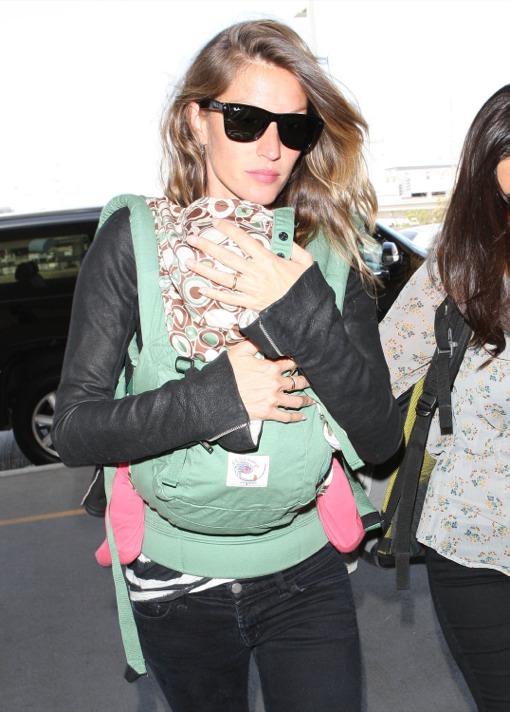 Gisele Bundchen and her daughter Vivian Brady were spotted departing on a flight at LAX airport in Los Angeles, CA on Tuesday (April 23).

The supermodel shielded the 5-month-old baby from onlookers while covering her as she baby carried her in a trendy Ergo carrier.

“We feel so lucky to have been able to experience the miracle of birth once again and we are forever grateful for the opportunity to be the parents of another little angel,” said Gisele after giving birth to Vivian in December.

The Brazilian-native insists she has kept her slim figure, but not letting herself go while pregnant.

“I did kung fu up until two weeks before Benjamin was born, and yoga three days a week,” the advocate of healthy eating has said. “I think a lot of people get pregnant and decide they can turn into garbage disposals. I was mindful about what I ate.”

Rachel Zoe Gets Crafty With Skyler