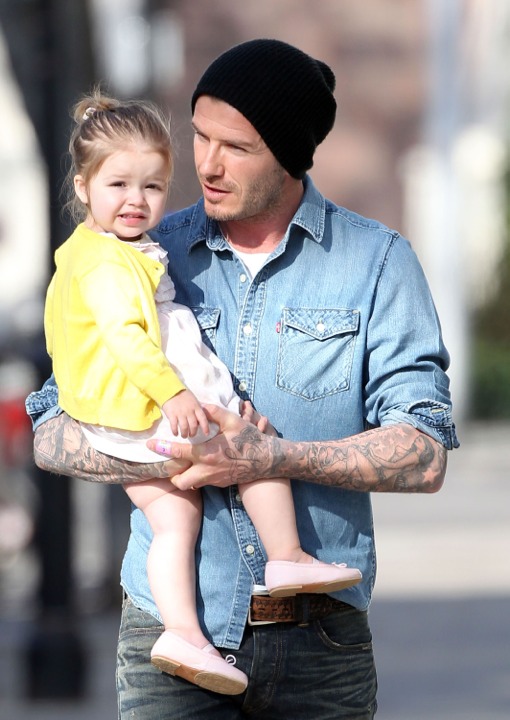 David Beckham took Harper out for a daddy-daughter stroll on a sunny morning in London, England on Wednesday  (April 24).

The soccer star looked like yummy daddy in a denim shirt and jeans paired with a Dora Explorer bandaid around his finger. He laughed and looked adoringly down at the 21-month-old toddler while she affectionately gave him kisses.

On Friday, his wife Victoria and their children Brooklyn, Romeo, Cruz and Harper flew to Paris to watch him play in a soccer match against Nice. They were joined by David’s mother Sandra, his sister Joanne and Victoria’s mother Jackie Adams.

David recently admitted he misses his brood while being based in the City of Light.