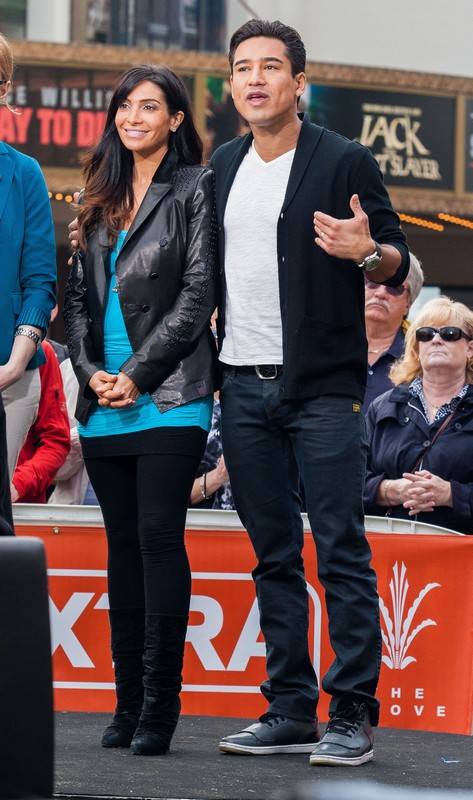 Courtney Mazza has been told by hubby Mario Lopez she should prepare herself to expand their family because he wants two more kids once she gives birth to their second child later this year. Yup, and though Courtney hasn’t even given birth yet, the Extra co-host is already planning ahead on how many children he could see himself having in the near future.

Clearly, Mario loves being a father; he already has a two-year old daughter named Gia but not even her and the baby that’s on the way is enough for him, Courtney joked. Lopez has yet to convince his wife that they should have four children in total, but Mazza isn’t too fond on those plans – and rightfully so. She tells Usmagazine that though Mario can be very pushy, she doesn’t back down by telling him three is enough for her.

“Mario is trying to convince me to have four kids. I said I would have three — that was pushing it,” Courtney tells the mag in the latest issue on newsstands now. Mazza then continues to add that she’s excited to see what her next baby will look like, which features it will carry from each parent and whether it behaves more like the mom or dad: “It’ll just be fun to see the next child that we made, and the next child after that . . . but that’s it: Three,” she clarifies.

Courtney is probably already thinking about what life would be like with four children while Mario is constantly working; he is already said to be returning to X Factor later this year without Khloe Kardashian which means more work for him. He’s a regular on Extra and the few projects he has on the side could really come in the way of him trying to slow down and spend some time with his children.