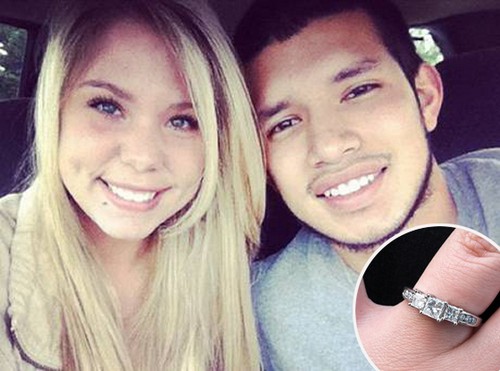 Teen Mom 2 Kailyn Lowry and her husband Javi Marroquin are expecting another baby together.  The 21-year-old always said she would like to have more children, but did not expect it to happen quite so soon.

Kailyn’s sister-in-law Lidia Marroquin exclusively tells In Touch: “They’re overjoyed! When Kailyn told Javi, he cried.”  While they weren’t planning to add to their brood quite yet, “they weren’t preventing it, either,” a friend of Kailyn’s tells In Touch. “They’re nervous about the transition to two children, but are so excited!”

This is the second child for Kailyn who has a three-year-old son, Isaac, from ex-boyfriend Jo Rivera.  Over the past three years Kailyn has talked about the difficulties of raising a baby on Teen Mom 2.

Javi loves being a step-father to Isaac.  The two are nervous about adding a second child to their family but they are excited.  Kailyn married Javi in September 2012.

To find out more about the new baby pick up the current issue of In Touch!