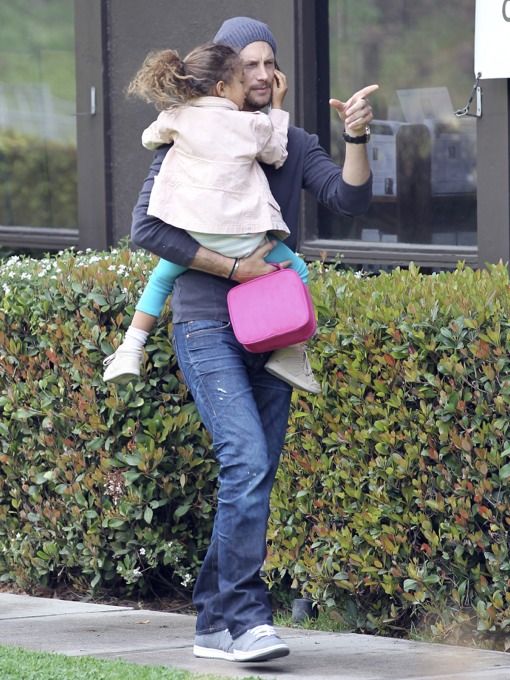 The Canadian-born model looked like a doting dad as he affectionately carried Nahla. Nahla who turns five years old next weekend looked adorable as she stroked her dad’s furry beard.

When asked if Nahla feels like it is normal when photographers take pictures of them, the actress replied:

“No, it’s totally abnormal, it’s weird for her and she’s at that age where she’s questioning why and she wants to be left alone and it’s bothersome it’s scary for her.”

Things between Aubry and Halle Berry have seemed to cool down since they struck a deal in their custody war late last year.

Hillary Scott is Pregnant With a Baby Girl

Kim Kardashian Worried There Is Something Wrong With Her Baby