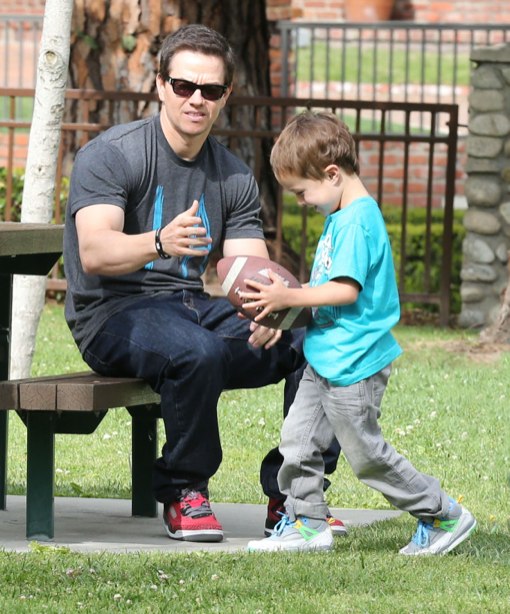 Mark Wahlberg was pictured enjoying a day with his son Brendan and some friends at the Coldwater Canyon Park in Beverly Hills, California on Tuesday (March 19).

The Broken City actor looked muscular in fitted grey t-shirt, jeans and red running shoes. He spoke with friends and shot a football around with the youngster.

The doting dad who was one known as a Hollywood party boy insists his partying days are over.

“As soon as I had my first child, I was over it,” Mark told the Herald Sun. “Now that I just work and spend time with my family, it’s a lot more time in the day to get more stuff done.”

Meanwhile, Wahlberg is considering reuniting with the Funky Bunch.

He reportedly told a UK magazine he “might” get the old band back together, but “I’ve just got to find the right time”.