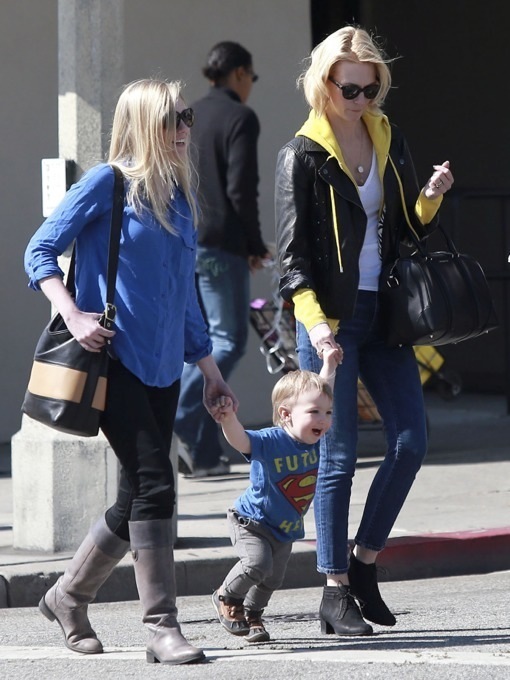 January Jones was spotted taking her son Xander and a friend out to lunch in Hollywood, CA on Sunday (March 3).

The 1-year-old looked adorable swinging along hand in hand with his mom and her friend while wearing a t-shirt with ‘Future Hero’ emblazoned on it. The Madmen actress looked casual, but stylish in a pair of cropped skinny jeans, a white V-neck T-shirt, yellow hoodie and a leather jacket.

As of recent, January has found herself at the center of a rumored loved triangle.

Apparently, she was caught getting close and intimate with Miley Cyrus‘ fiance, Liam Hemsworth at a pre-Oscar party held at the Chateau Marmont in Hollywood (Feb. 23).

“It looked like they had some hot chemistry. They were all over each other – and they even kissed!” a source told Star Magazine, adding, “Liam got January’s coat and helped her put it on, then they headed outside. They made sure to leave a few seconds apart, so they wouldn’t attract too much attention. Then they jumped into a waiting car and took.”

The stars have yet to comment on the allegations.