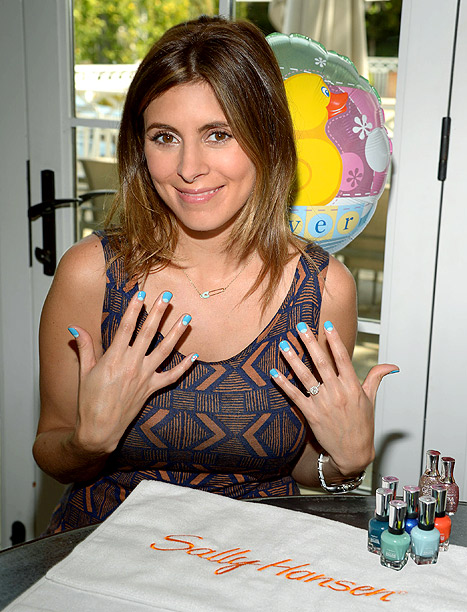 The Sopranos star revealed the news to pals during a baby shower on Monday (March 25).

“She is so excited to be having a baby boy!” and insider revealed to Us Weekly.

At the shower, Sigler treated her pals to Sally Hansen Nail Color Manicures. In honor of her son-to-be, customized her own own with a shade a of blue, with a baseball on her pinky finger.

The mom to be announced she and fiance, baseball player Cutter Dykstra were expecting a baby together in January.