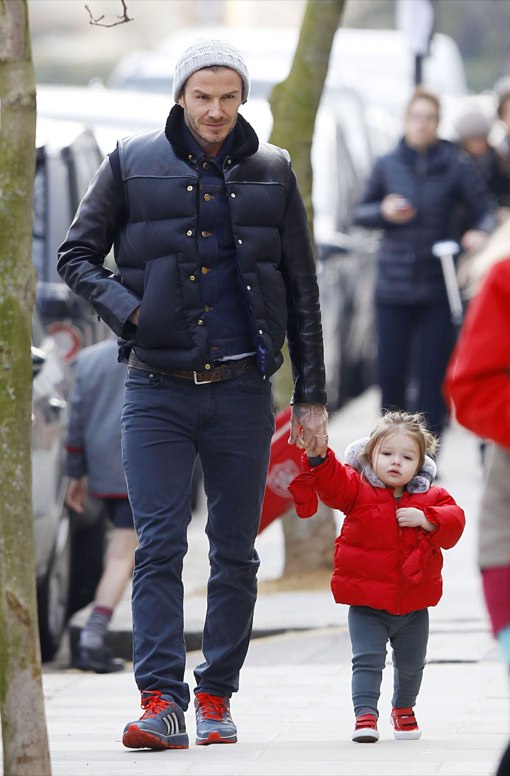 David Beckham was pictured spending the morning with his daughter Harper in London, England on Wednesday (March 27).

Looking like a yummy daddy, the soccer star held his daughter’s hand while taking a stroll in the city. The 20-month-old looked absolutely adorable in a red bomber jacket, grey tights and red shoes that matched her dad’s red runners.

David recently returned from a five-day trip to China where he fullfiled his role as China’s football ambassador on behalf of the China Football Association.

“I want people to realize this is not a short-term project. It is something that we are very passionate about changing the mentality of the league and bringing youngsters through and making this league as popular as some of the big leagues in the world,” he told at at an event.

“I’ve always been a fan of Chinese football because I think the players are very talented and they are very passionate. When you see the excitement throughout this country when the team has done well you see how important it is to people. I am excited to make a difference.”

Meanwhile, Victoria launched her an online store where her popular clothing fashion labels will be sold.