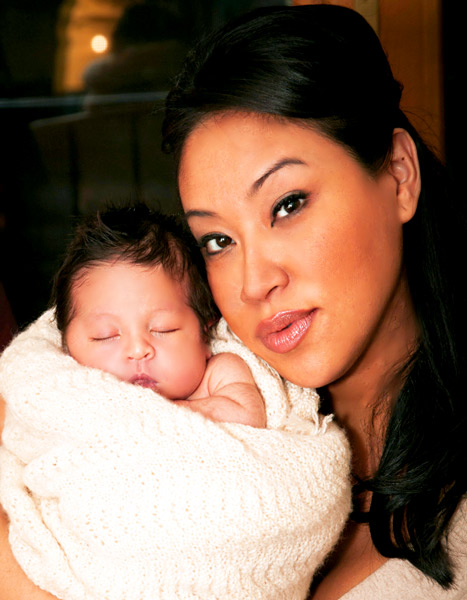 He was named after her late brother who died in 2009.

“Before my brother died, I started an online campaign to raise money for a life-saving heart transplant,” De La Cruz said in a statement about her Eric De La Cruz Hope for Hearts Foundation. “Thousands of compassionate Twitter followers came out to support the effort and we lovingly referred to them as Eric’s Twitter Army. They all displayed banners on their online avatars that read, ‘[heart] Eric,’ which is where my son’s name comes from. If you look at my own social media profile, you will see still see a heart followed by the name Eric. That is what inspired my son’s name.”

“After the pain and devastation of losing Eric almost four years ago, having a healthy baby feels like an incredible miracle,” De La Cruz added. “Of course, he couldn’t be any more beautiful. I think I can safely say I have finally met the love of my life.”

Hilary Duff’s Busy Day Out With Her Sleeping Tot