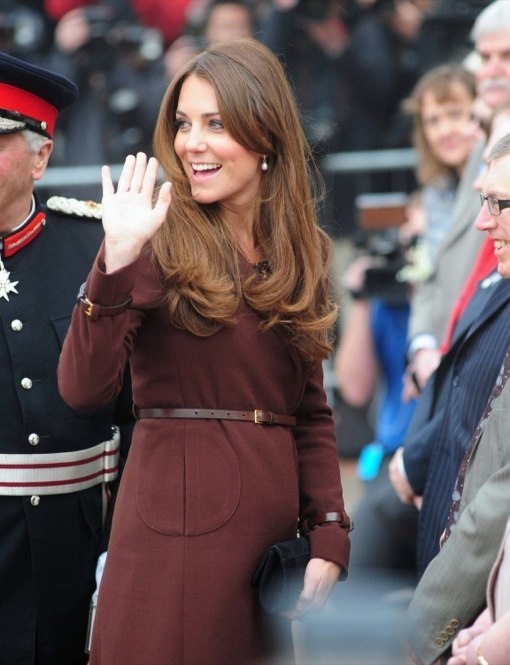 Kate Middleton might have accidently let it slip that she and husband Prince William are expecting a baby girl.

During a visit to the National Fishing Heritage Centre in Grimsby, England on Tuesday, the Duchess of Cambridge was given awhite teddy bear by a local, Diane Burton.

“Thank you, I’ll take that for my d–” Kate replied, tellingly cutting herself off mid-sentence.

When a well-wisher asked the royal if she was about to say “daughter,” Middleton smiled and replied coyly, “We’re not telling.”

Another witness, Sandra Cook, overheard the exchange and told reporters:

According to a royal insider, the couple recently learned the sex of their baby “but they’ve only told their parents”.

If the Duchess does give a birth to a baby girl, the baby will automatically be heir to the throne. The British parliament recently passed the, Succession the Crown Bill which overrules centuries of royal gender discrimination. It decrees that William and Kate’s firstborn will be the heir to the throne regardless of gender.